Self Forgiveness on Self as Money Personality

I forgive myself that I have accepted and allowed myself to be turned into a money personality that constantly compares how much money it has, to how much money others have, and to get jealous of the money others have when they are getting more than me – and to then participate in the system simply from the starting point of complete acceptance of it, just to get more money – I forgive myself that I have accepted and allowed myself to exist in form as my parents who, in accepting myself and my life to only ever be able to exist as it is right now in the system defined by money and survival, support my child to become another money personality that develops comparison, jealousy, envy, competition, frustration all around the point of money – just as I did, and to not question the obvious evil of a world that forced me to have to care only about money before anything else

I forgive myself that I have accepted and allowed myself to have, by the time I got my first job, already defined myself completely as a personality of wants and desires for entertainment and happiness through things bought with money, and to thus have already set myself up to participate in comparison, jealousy, envy, blame, frustration when the system did not instantly provide me with enough money to be able to do what I wanted to do – and I forgive myself that I did not understand and see that my personality of wants and desires for entertainment and happiness was conditioned / programmed through environmental influences such as seeing what other people have / advertisements / movies / television which all function according to the money system based entirely on inequality to facilitate some to make a profit to have a nice life while the rest are slaves – a system within which one’s survival and life and even basic comforts is something that must be bought / attained to through getting money, and where one must start out at the bottom with virtually nothing, to then be motivated by desire, greed, need and desperation to accept and participate in the capitalistic / consumer system of inequality through developing patterns of jealousy, comparison, envy, competition, frustration – all patterns that I accepted and allowed myself to create within and as myself through first seeing and experiencing my own life as a limited experience of lack / worrying about money / wanting and desiring money / wanting and desiring things to make my life more entertaining while comparing myself to others, seeing others have more money and are thus experiencing a more ‘fun and entertaining and happy and secure life’
Posted by matterman at 9:06 PM No comments:

Posted by matterman at 11:21 PM No comments:

50 million americans in poverty - is job creation the solution?

Food banks are 'deposits' of food accumulated through donation. These 'food banks' are made available to people who cannot afford food.

And how does one earn money in this system? Through some type of job, employment, providing labor or some product or service to another human being or a company or a corporation or a client.

Now the fact that there are 50 million people in America living in poverty where within their life food is an 'insecurity', where there are nearly 17 million children experiencing hunger, and the fact that food donations through 'food banks' is such a well established, 'regular' ongoing thing in this world and that food banks is seen to be an 'acceptable way' to deal with the problem, indicates that a simple point is being missed or simply ignored by those in charge at a governmental level.
Why do I imply that food banks is an unacceptable way to deal with the problem of poverty and hunger?

Because it is unnecessary. Food banks are only required because the real problem is not being addressed. Because within this system, the problem of poverty is not that the people can't get food -- it's that they can't get access to MONEY with which to buy food. So, in the simplicity of Common Sense within considering what best benefits everyone, the solution would be to give everyone Equal Money, to just go ahead and make the decision to completely do away with the entire current system and change it to one based in Equality of support for all.

However, the proposed 'solution' to poverty and hunger in the United States, that we hear our political 'leaders' talk about on television goes a little something like this: "We need to create more jobs".
But this is obviously not acknowledging the obvious faultiness of the system itself, in which it continues to be possible for poverty and hunger to exist alongside people with billions of dollars - more than enough money to feed the entire world.
The solution is not 'job creation'. Because the entire foundational principle of our capitalist system that those jobs are based on, is in itself not accounting for what is best for all. And that is really the people participating within accepting the principles upon which our system is based, who are themselves not accounting for what is best for all.

So, again a point of simplicity within Common Sense that one can apply within listening to the words of our 'leaders' as they tell us about their proposed 'solutions', is to simply hear the words they are using, and to begin noticing how their words always reflect an acceptance of the current system as being 'the only way there is' for us to exist in this world.
When the president talks about 'creating new jobs' as the so called 'solution' to poverty and hunger, there is never any mention of 'doing what is best for all', 'loving they neighbor as yourself', 'doing unto others as we would like done unto us'.
The 'solutions' are always based in an acceptance of the existence of 'finding a way to survive and get by', and then within that merely 'helping people' survive.

What is not seen and understood is that we do not have to have a system in which one must 'find ways to survive'. We can have a system in which 'job creation' is never an issue, and in which no one EVER goes without what they need. Such a system should be demanded by anyone in a position of influence within this world. Those in a position of influence are those of us with money. Which is those of us who are able to make our voice heard in expression of the unacceptable nature of the way we currently allow ourselves to exist.

Investigate Equal Money to learn about a practical solution that in fact ends poverty and hunger for good.

Investigate and join Desteni I Process to support yourself in transcending your programming and building an income.

Posted by matterman at 5:35 PM No comments:

Photographing the Beauty in Poverty?

Today I stumbled upon this photo gallery / blog called : 35 Excellent Photos To Express The Poverty
http://www.photopoly.net/35-excellent-photo-to-express-the-poverty/ 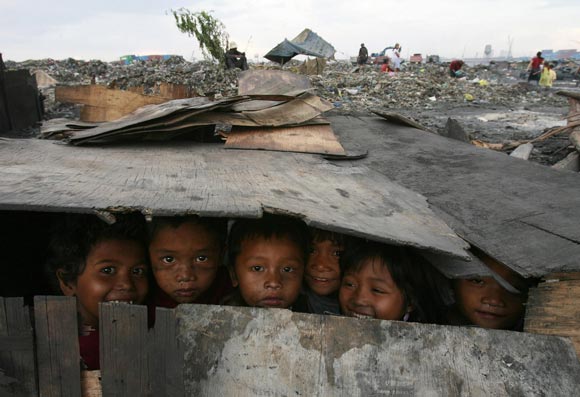 Within this photo blog / gallery the message given by the author / photographer is that the 'beauty of mankind' can be seen within such photos as defined by the author as the 'soul of humans beings' and the 'strong desire to live within their miserable circumstance'.

This is quite delusional and does not show a consideration or understanding as to why people exist in poverty, and is actually justifying its existence through apparently finding so-called 'beauty' within it through photography, and then convincing oneself that since 'I as the photographer am able to capture and show this beauty to others, at least the suffering and misery of the poor people has some purpose and reason, and therefore I as the photographer feel as if I also have a purpose and reason, as I am here to convey and show this apparent 'beauty' I am seeing'.
But this 'beauty' of the so called 'soul and strong desire to live' of the human being within poverty, is not actually in fact there. It is just ideas projected onto the 'poor people' by the author, that show that the author is merely making observations through the mind as ideas, values, definitions reflecting a personality which has been shaped by an environment in which daily misery because of lack of money is not what is being experienced.

'Beauty' is just a feeling the person is creating in themselves through the definitions as value they have placed within something.

What is disturbing is that the author put forth a message of 'seeing the beauty in poverty', rather than that the existence of poverty is absolutely unacceptable and that a solution must be implemented as the absolute priority.
The 'message of beauty' rather than the demand and insistance that a solution to poverty be implemented in the world as the priority, shows how the human being has simply accepted the existence of poverty to be 'just part of the world', and does not actually see it as something that is able to be stopped. The consideration does not really exist. The message of 'finding the beauty in poverty' shows how the human being is currently living not within considering how best we can all take responsibility for our world to change the way we are living in a way that is best for all, but rather is living within being constantly pre occupied with ones interests and feelings and thoughts of personality which one pursues through the attainment and use of Money.
As we are busy using money to build and participate in our lives as personalities who become artists, musicians, photographers, authors, bloggers, etc, we are only ever observing everyone else, observing the world around us from within what we perceive to be 'our own world' within which our only responsibility is our own survival and interests.

It is time to recognize that as long as humanity exists within such separation and lack of taking responsibility for our world --- things will continue to get worse.

However, there is a solution for those that dare to stop being mere observers seeing the world and each other through the eyes of self interest and self preservation as one's 'lifestyle', and have the will to uncover the real causes of misery and suffering in this world, and stand and begin walking the Real Solutions.

The Self Application as Desteni I Process:
http://desteniiprocess.com

Poverty will end with Equal Money - Join the forum

"We had all accepted that poverty as a way of life and nothing can be done about it,this was all
a Lie for continuation of a system of abuse , where others want it all for themselves regardless of every other form of life, equal money, equal life foundation is HERE"
- Joseph Ndungu - Convenor for research on the book: Poverty will end with Equal Money

Join the Equal Money forum if you dare to participate in research to support in bringing about a real solution in this world.
http://equalmoney.org

Placing Poverty in the Factual Context